Since 2006 I have been brewing a holiday spiced ale with my good friend Tommy G (aka Tom Tom also known as Big Brother to my son Elliott). As a matter of fact this beer was the second beer we ever brewed and the first beer that actually turned out ok (we tried to do a Double IPA for our first ever homebrew batch...not a good idea for a first batch). So on September 13th, 2009 we set out to brew Christmas Ale 2009.

Lets start with the recipe for this 10 gallon batch of Christmas in a bottle. 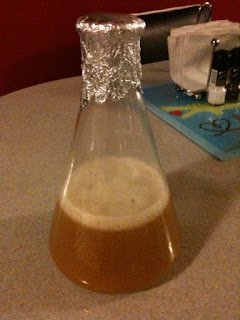 With most of the beers I brew I try to do a starter at least the night before brew day. With this beer I really should have gotten the starter going earlier since the yeast was a couple months old, but didn't notice that until I was about to make my starter. In the end it seemed to still work out fine.

With 32+ lbs of grain I figured we were going to have a hard time getting it all into the 10 gallon cooler that I use for a mash tun, but somehow we managed to get all 32 lbs of grain in along with about 7 gallons of water. The mash was a bit on the thick side and the temperature dropped a bit more than I would have liked, but all in all it worked out. Target mash temp was suppose to be around 152 and we were more in the 149 to 150 range.
The sparge took over an hour and didn't really give us any trouble. I typically use a fly sparging method and that was the case for this batch as well. 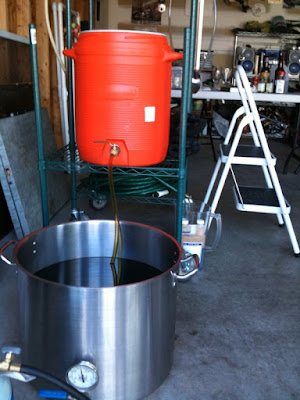 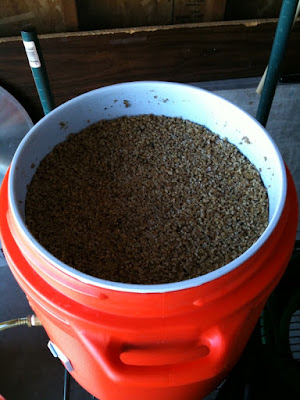 I have a 15 gallon brew kettle and we probably ended up with roughly 13 gallons of pre-boiled wort. So while this might have been pushing the limits of the boil kettle we made it through without any major upsets or boil overs. 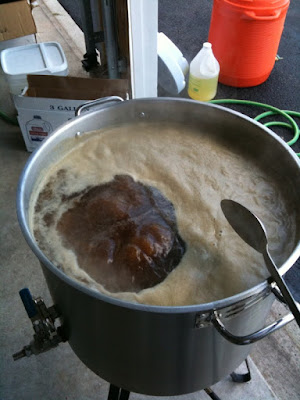 While the boil was going Tommy G (with a little help from Elliott) got all the spices together and oranges grated. 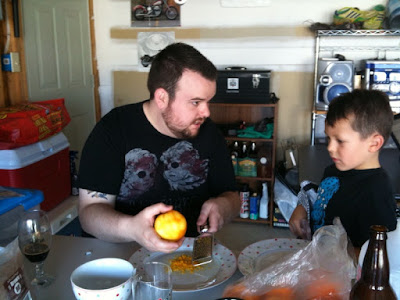 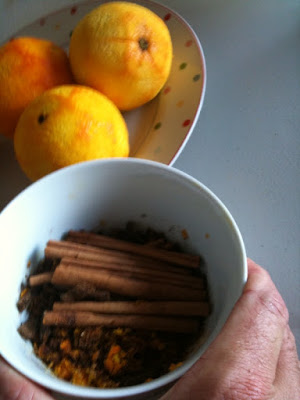 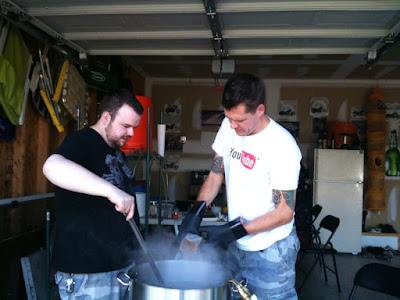 The wort boiled for about 60 minutes and it took us close to an hour to bring the beer down to yeast pitching temperature. 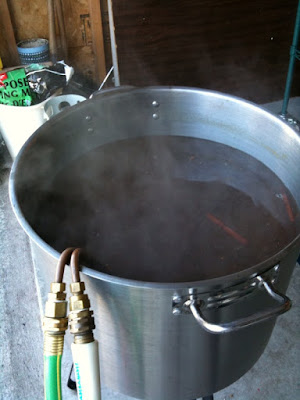 The OG came in around 1.073 which was just about right on target. Fermentation seems to be going well and we should be set to bottle this tonight. When finished the beer should come in around 8% abv.